This past weekend I went to The Warmaster Challenge. As usual I had a great time at the event. It is my favorite event. It was sold out this year with 46 teams playing on Saturday and 58 people playing in the singles event on Sunday. I had some awesome games over the weekend.

For the team event I played with Nate Stevens. He is very good player. His team “Sons of Shatner” always are playing for the top spot at the Adepticon team tournament.

I was playing my Eldar and he was playing his Tau. Overall we did very well. We did not practice together or never played together in a team game until this tournament. The first couple games were tough going but about halfway through the third game Nate and I were almost playing as one person.

I will be writing up a battle report next week, but here short summary of the event.

Game 1
We were playing a Black Templar and Space Wolves coalition. We chose to go second in the game because it was objectives. We won the game pretty handily in the end, but it was tough going for a while when Nate lost his broadsides to assault in turn two. We learned from that game that we need to protect the broadsides at all costs. In spite of those mistakes, we earned max points in the game.

Game 2
Our opponents were playing the new Space Marines and Necrons. They have 4 flyers in their combined list. This might had been the most frustrating game of the weekend. Because of all the different stuff you have do in a game 6th edition games take longer. We really had to push our opponents to hurry up in the game. I think it cost us some points. This mission this game was a twist on the relic book mission. The twist was two relics in middle of the board. In the end we tied the primary and won the secondary.

Game 3
Our opponents were playing Space Wolves and the new Space Marines codex. This was another objective mission so we chose to go second. They had 3 drop pods. One of them was a dreadnought. The first two turns of this game was rough. My Wave Serpent did not make any of its cover saves and we gave away first blood. This was only game out of 8 that I got fortune for my Farseer - that is even running  2 Farseers on the second day. This is game where Nate and I did not need to strategize at all after the 2nd turn. We just started playing almost as one person. We scored the primary and tied on the secondary. This is where we spent too much time on Turn 1 and 2 because we could have easily earned the secondary points.

Game 4
Our opponents for this game were playing marines and Tau. This was last game of the day and it was a kill point mission. I have seen these two players before and they were both top players. We had both all of our games. When we won the roll to go first it was huge. There was no discussing what needed to be done, we just started moving models. First turn was nasty for them. This is where Nate and I were all business. We were on same page throughout the whole game. In the first turn we removed 13 Lascannon shots and one HQ.  We were even surprised we did that well. It was hard to recover after that result and we took max points in that game.

One he first day of the event we took 4th overall and also won best painted.

Stay tuned for next week's post, I plan to discuss the singles games. I had a surprise opponent for game 1 - my teammate from the team tournament!

Here a photo dump of pictures at the event! 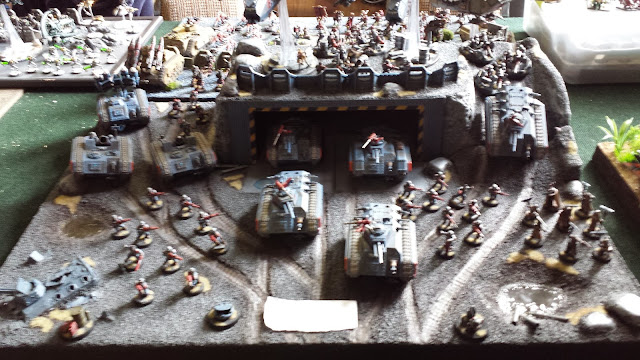 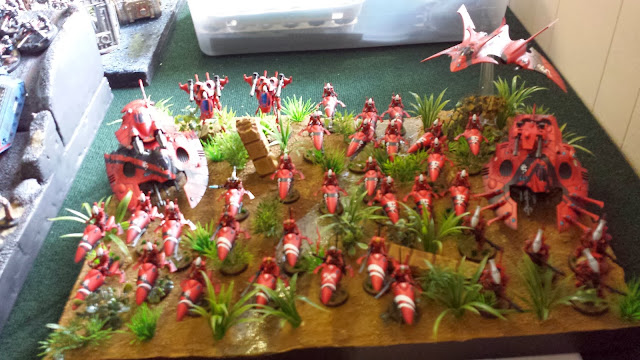 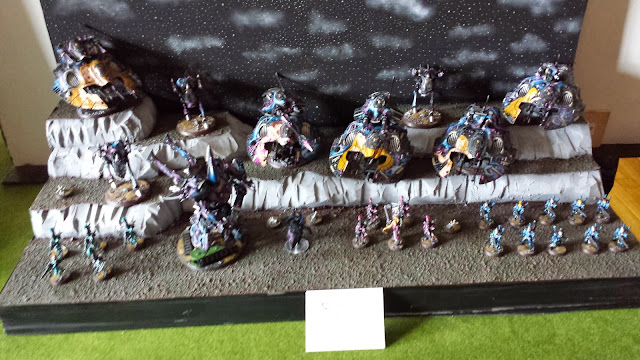 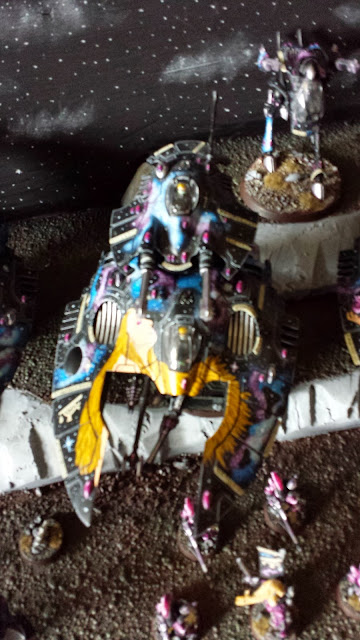 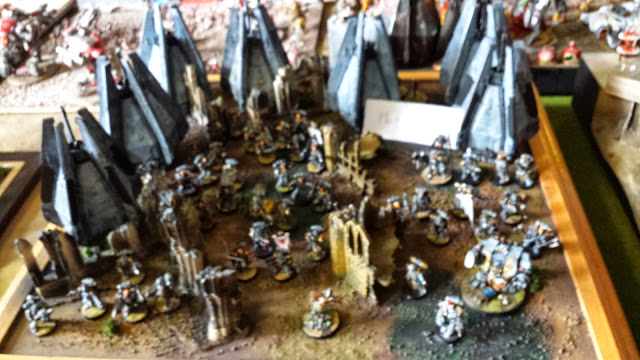 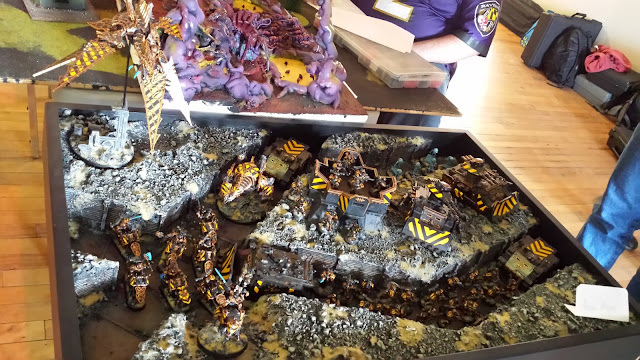 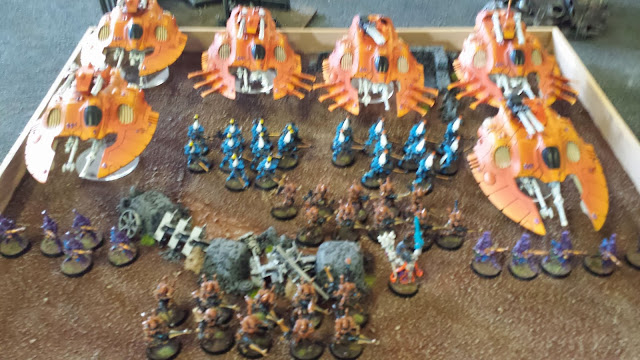 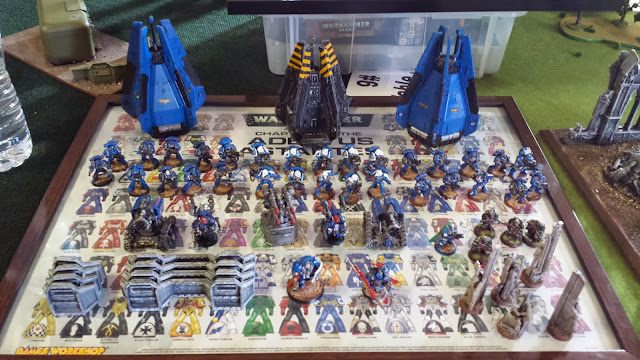 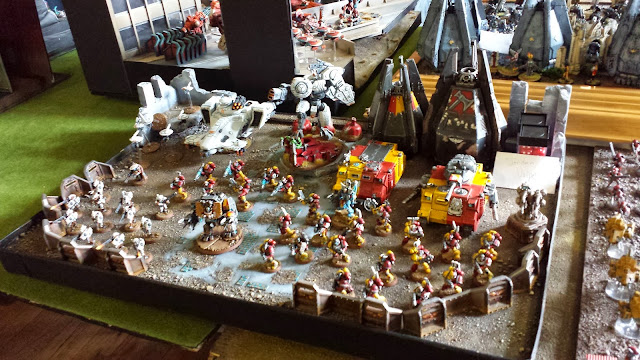 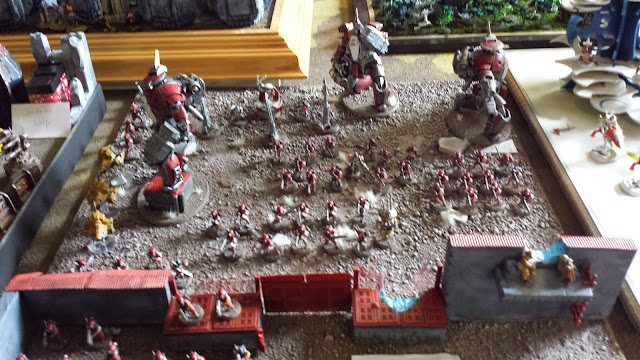 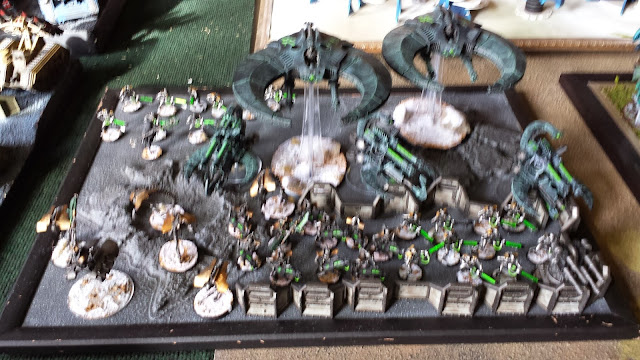 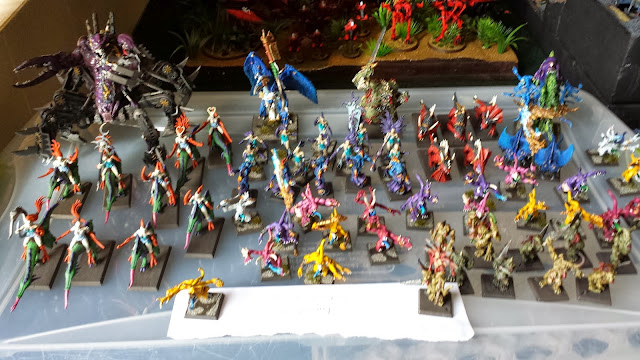 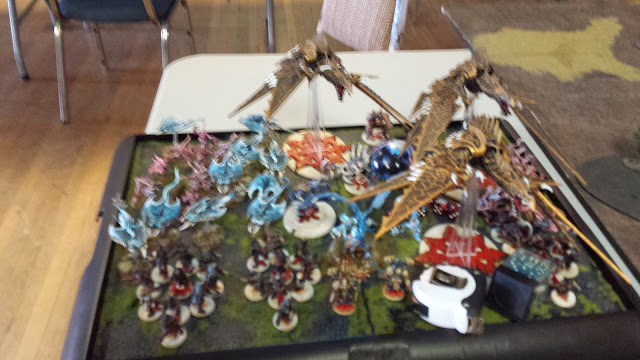