Swamp Board - Painting has begun 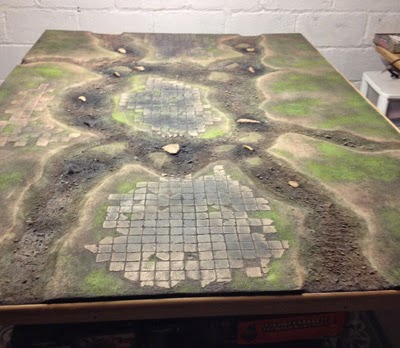 As stated in the title I have been spending the last two weeks painting up the surface of the swamp table. I also started to add debris and plant growth to the bottom of the waterway so that when the water effects have been poured in you will be able to see pieces of trees, rubble, and plant life. So let's take a look at the progress so far.


For the first layer I took some black acrylic paint and combined it with glue and water to help cement the sand in place. 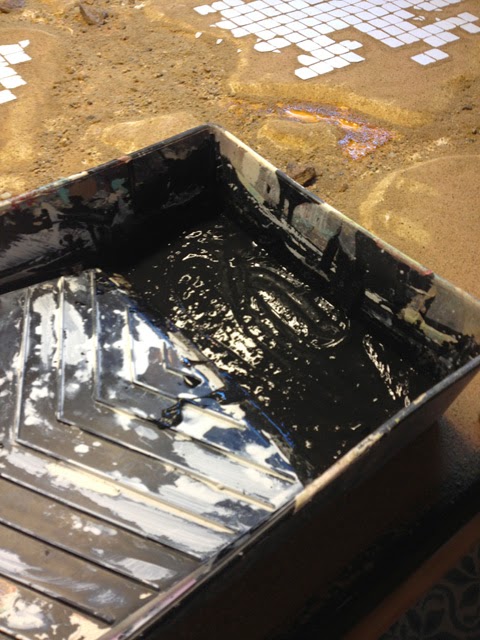 Then with a paint roller I painted the entire surface twice. 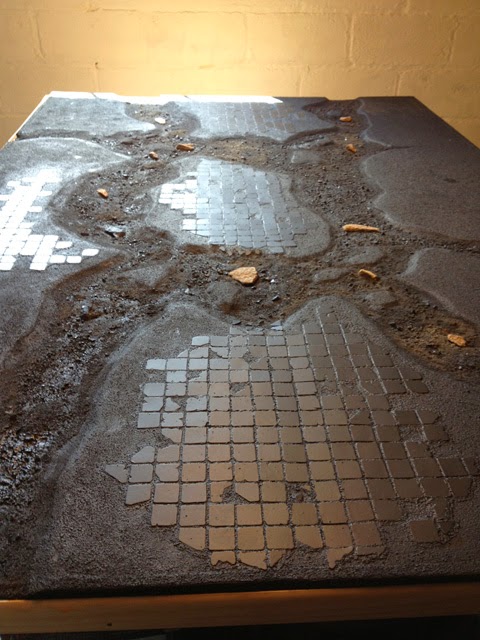 Once that dried I dry brushed on a coffee colored brown on almost the entire surface except for the deepest parts of the water channels. 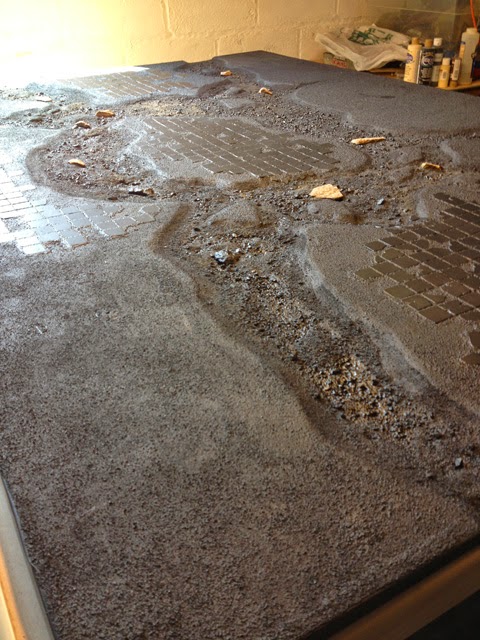 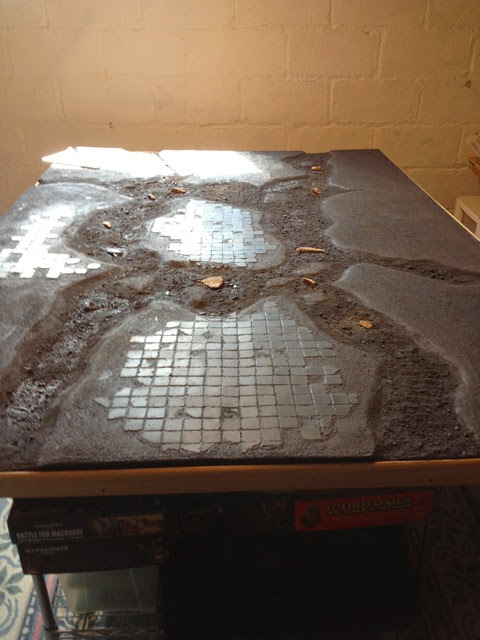 Once that dried I added in some lighter shades of brown and eventually a buttermilk cream color over successive layers until I achieved this look. I mainly focused on the edges of the water banks and various areas on the flat surface tor represent dry ground. 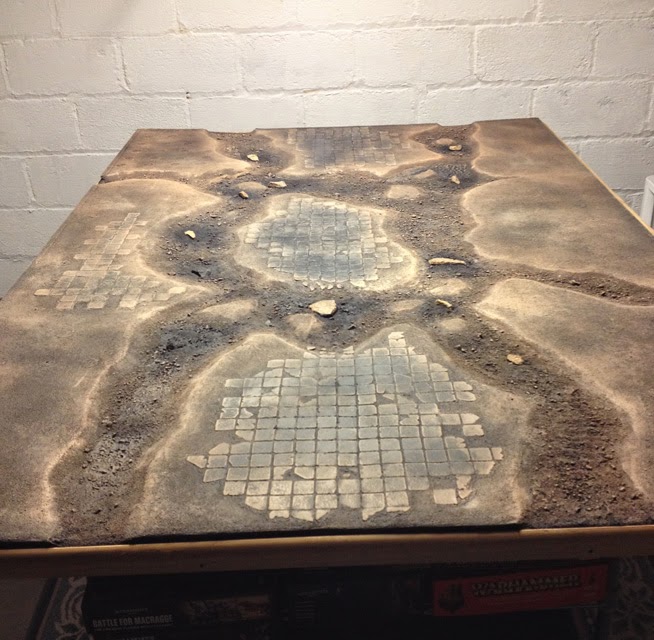 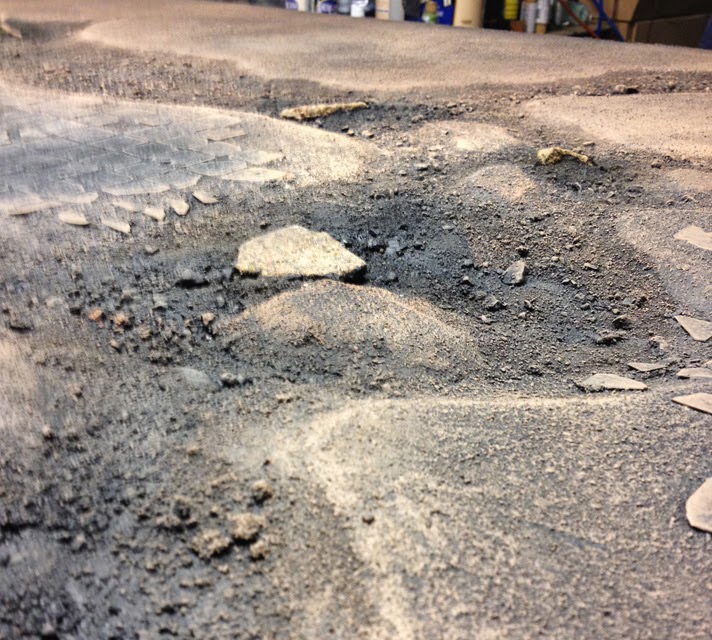 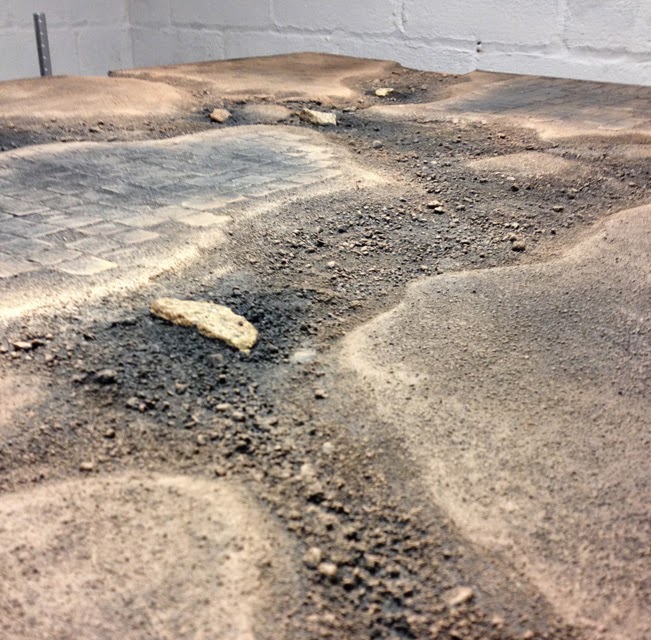 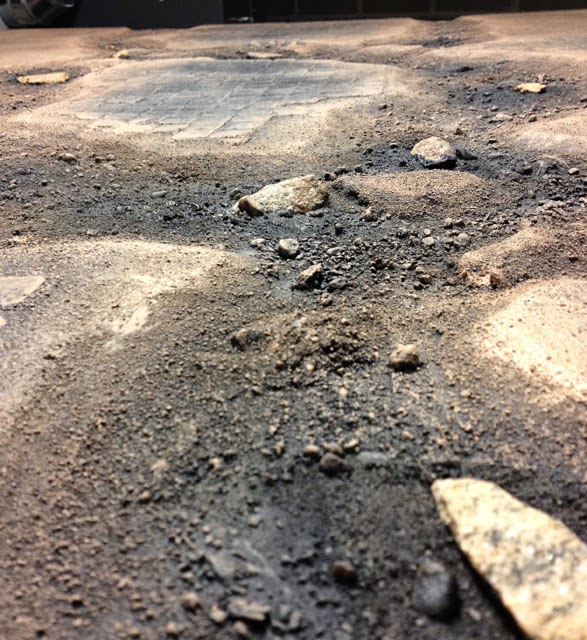 Next I applied an avocado green in a random pattern to give the impression of plant growth/moss on the surface. In each successive layer I lightened the green with a buttermilk color so that it gives the illusion of depth on a flat surface. 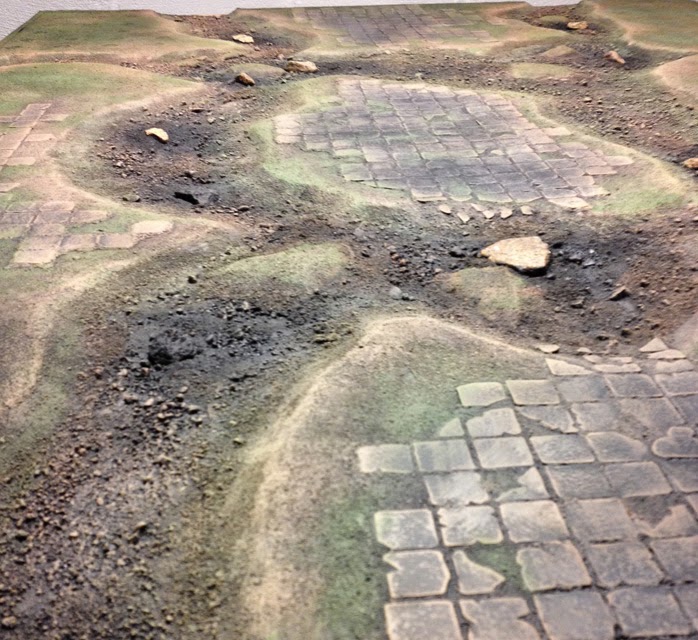 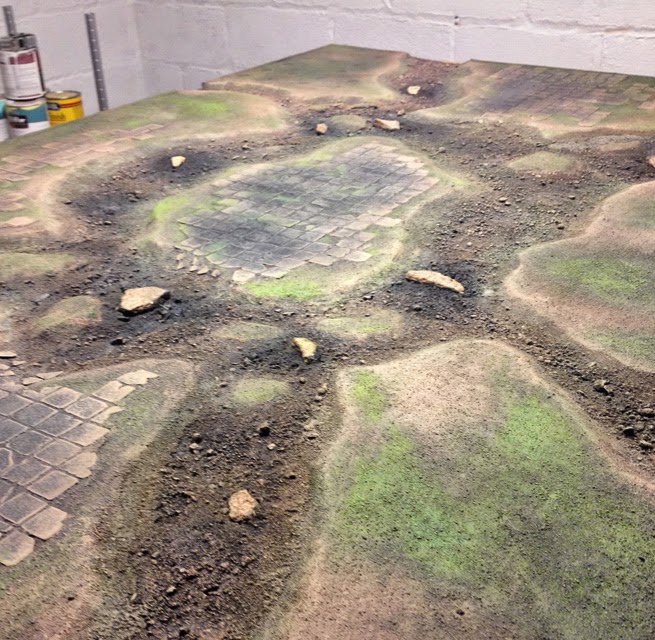 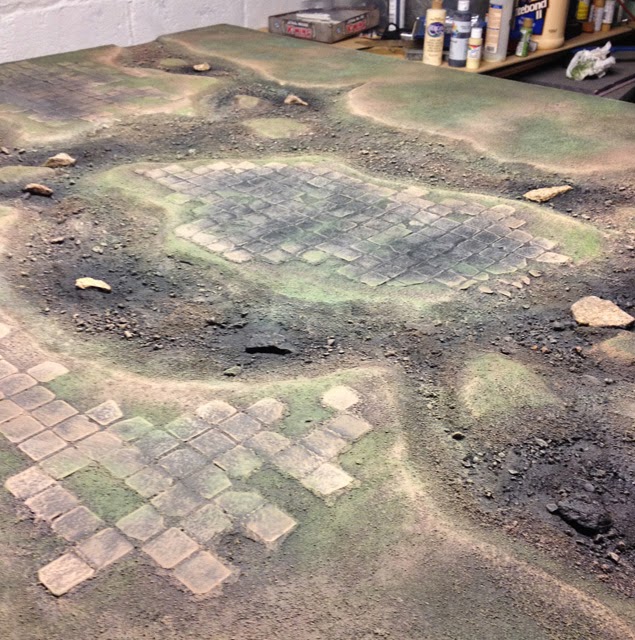 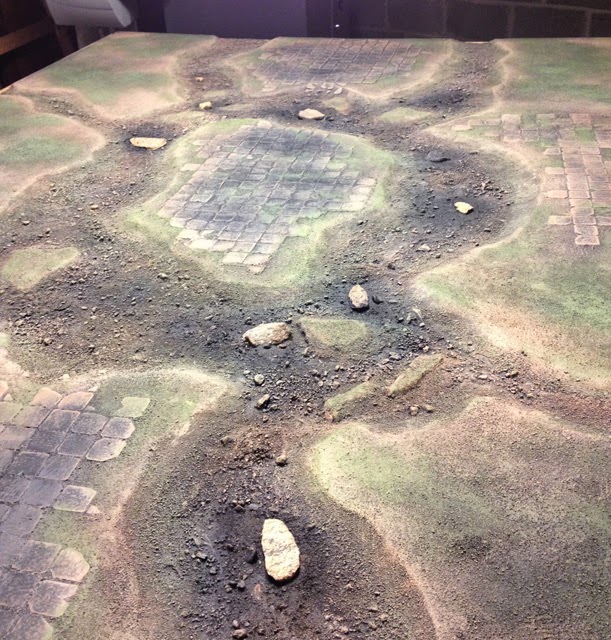 Next I took some dried tree branches that were laying in my back yard and I snapped them into various lengths and glued them to the deeper areas of the water channels. 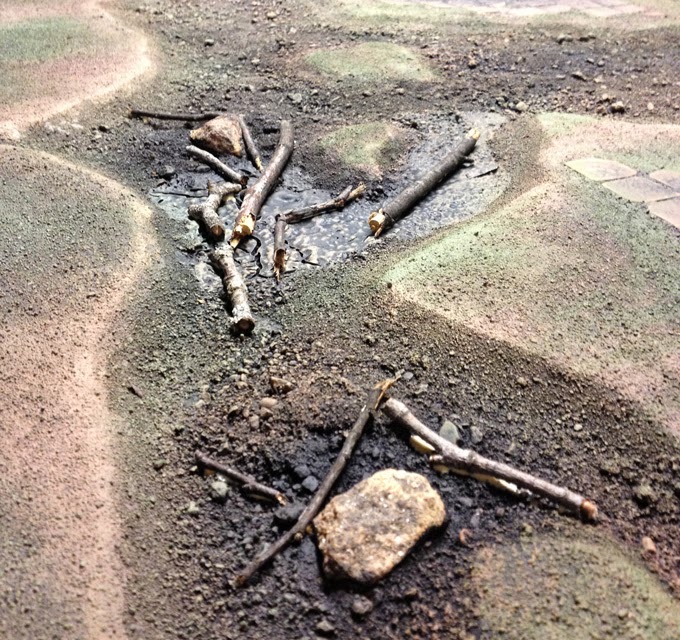 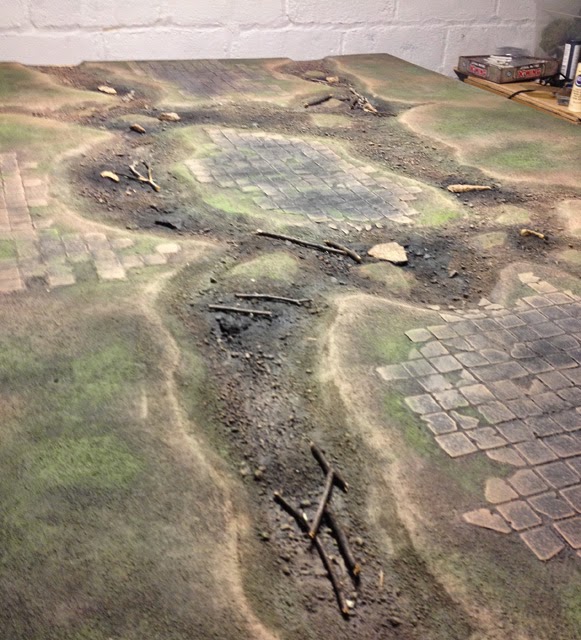 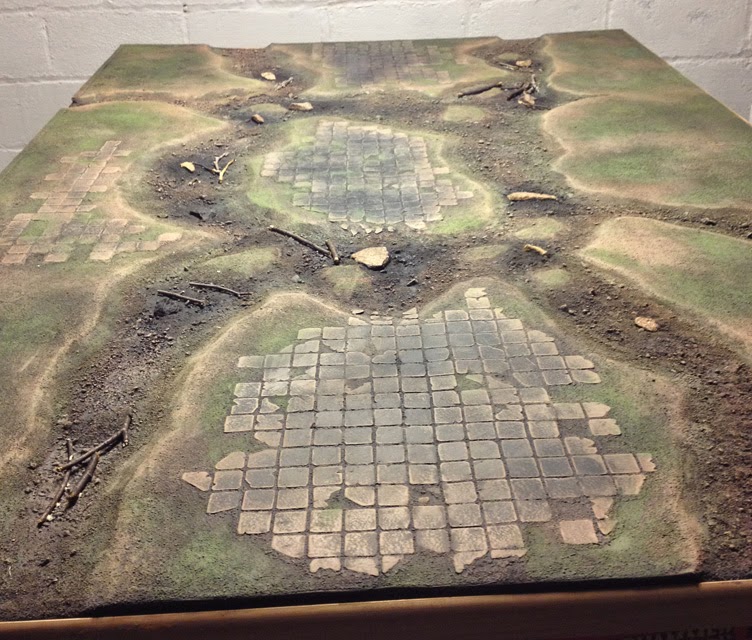 Next I glued in small clumps of dried Spanish moss in and around the logs. This will hopefully give the impression of long wavy vegetation is growing amongst the downed  trees. 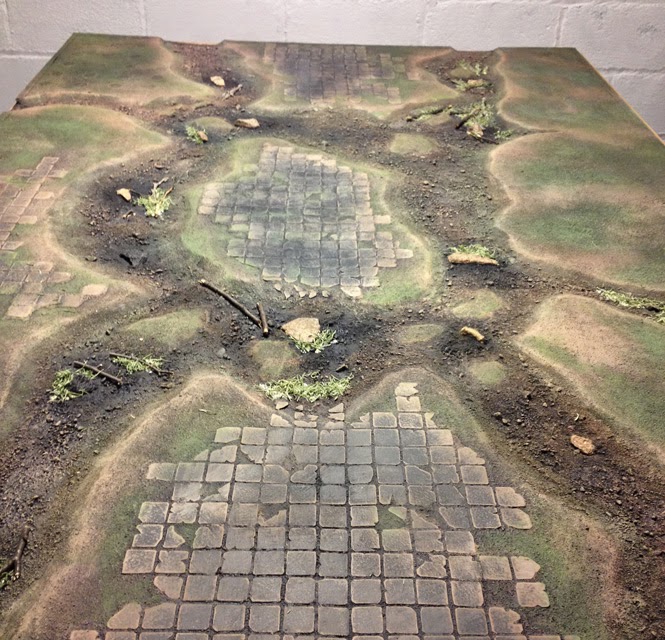 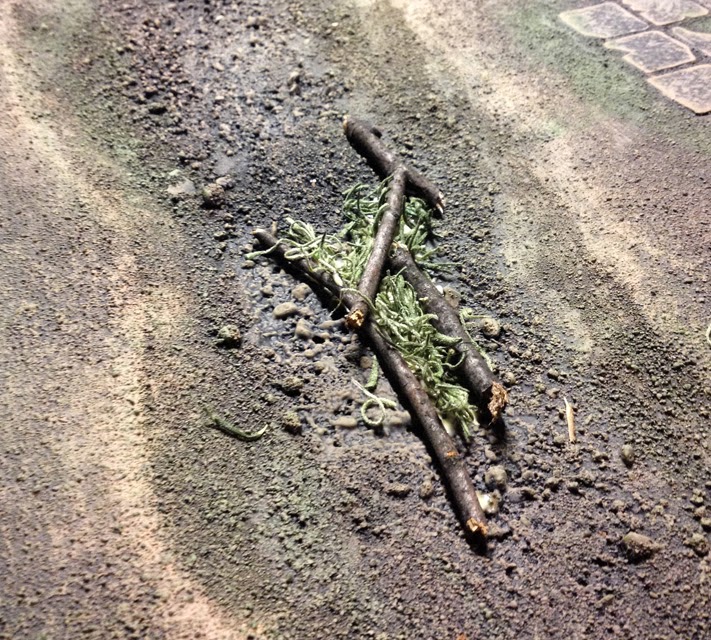 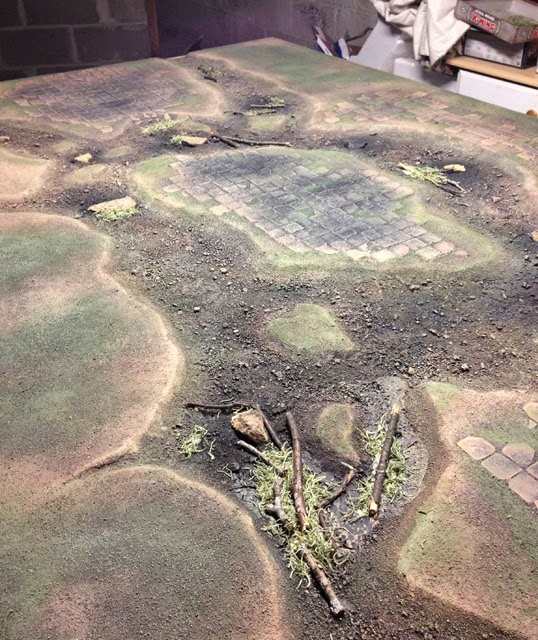 Next I glued in clumps of foliage around the moss and other areas of the channels to represent other plant growth along the bottom of the channel. 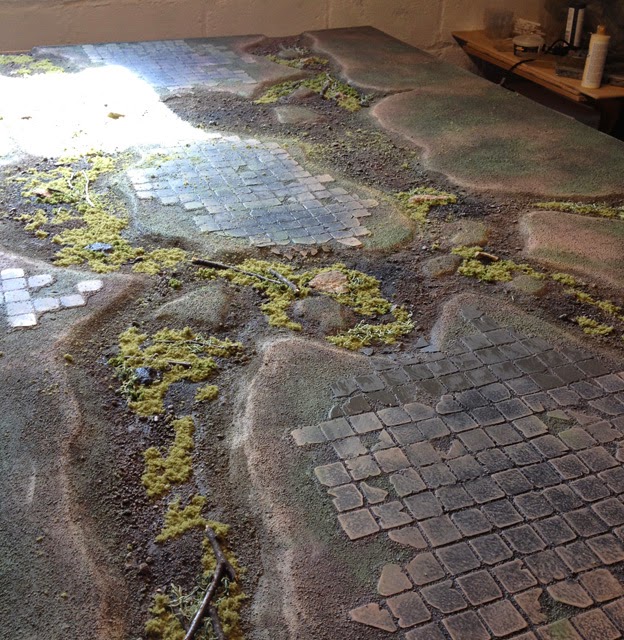 Finally I started to paint the individual flag stones on the surface of the board. I gave it an initial dark grey stone color as a base but I eventually will be giving it a terra-cotta/sandstone color so that it will stand out from the darker colors. 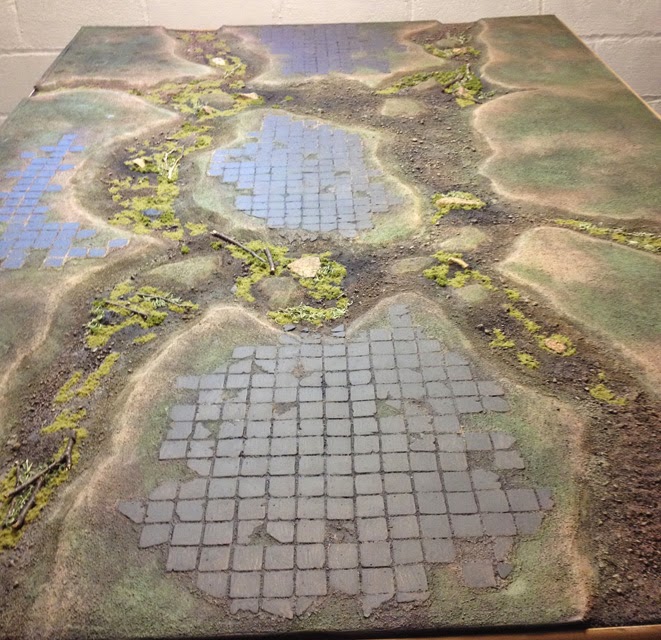 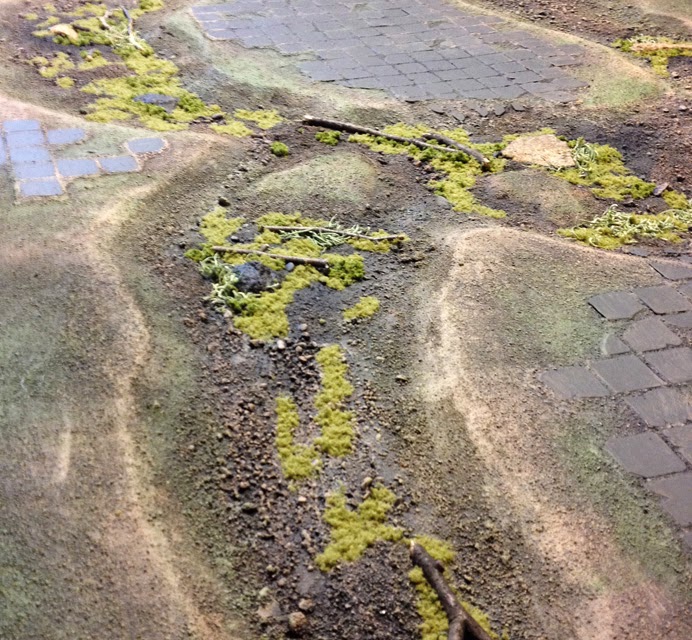 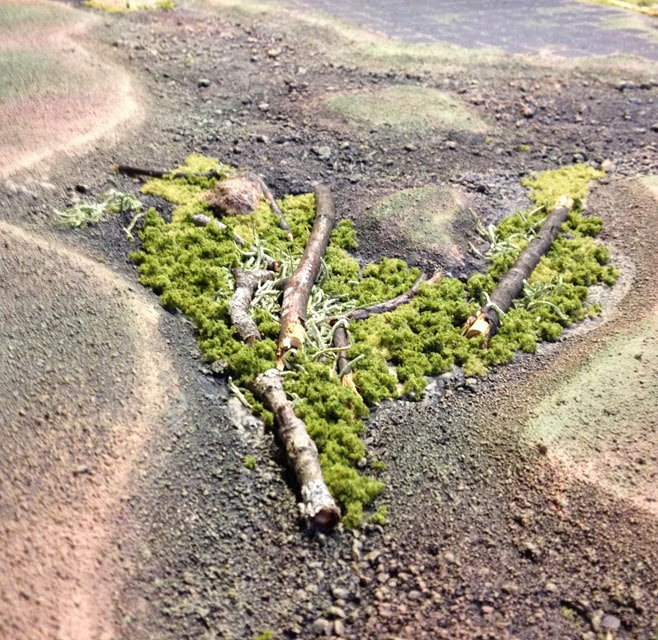 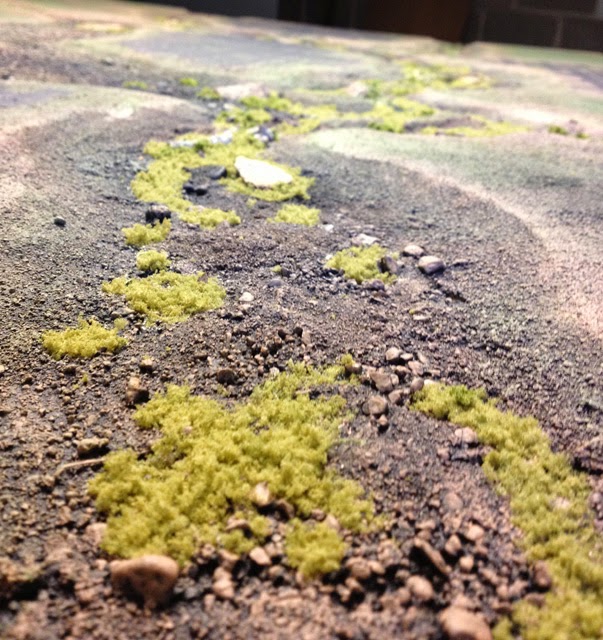 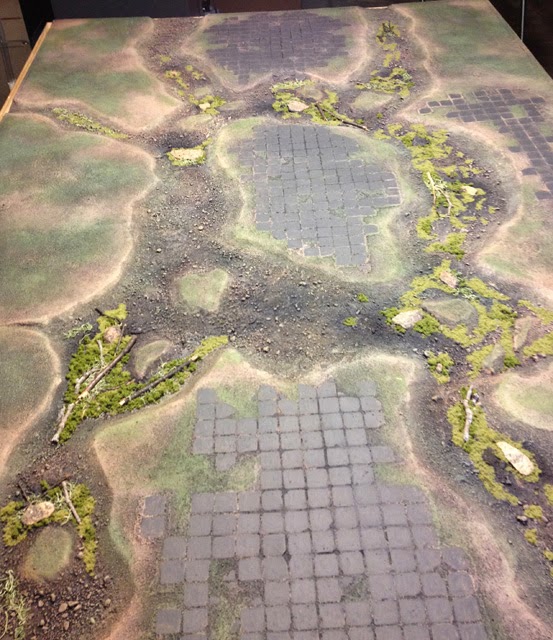 Once the flag stones are done that pretty much completes the playing surface of the board other than to start adding in the water effects. Then the project will shift into the next phase... building out the modular pieces of terrain to cover the board.