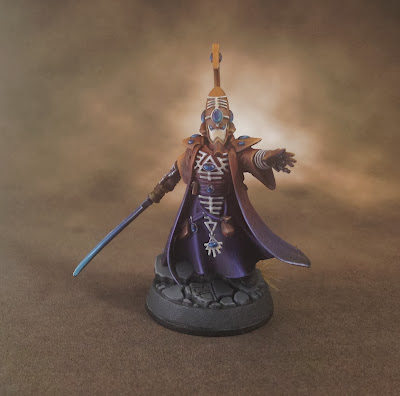 It's been several weeks since I posted a formal hobby update on the Eldar + Dark Eldar force so here's some eye candy on my most recent models.  Some of the colors are washed out due to experimenting with new lights and light box, so sorry about the picture quality.  Here's my farseer who I just finished up by washing, drybrushing, and adding grass to the base.  I also painted his face plate white to match his runic armor. 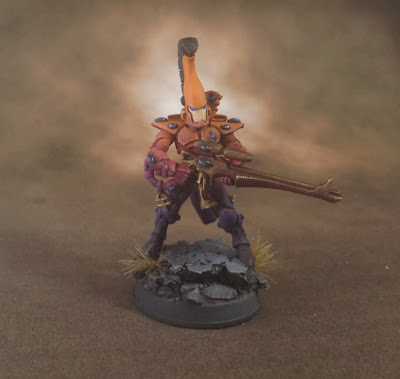 This is dire avenger #3, so his unit is nearing completion. 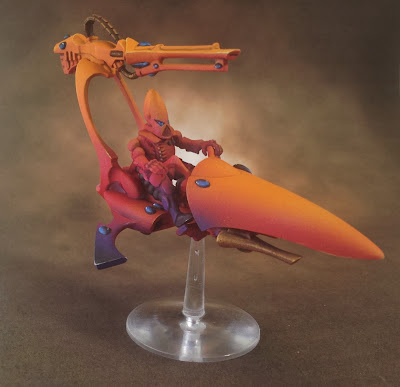 I recently painted up my first jetbike, choosing the shuriken cannon conversion as my first of the batch.  It's 95% done for now.  If time permits near the end, I'll go back and add some freehand to the body of each bike similar to what's on the WK and venom. 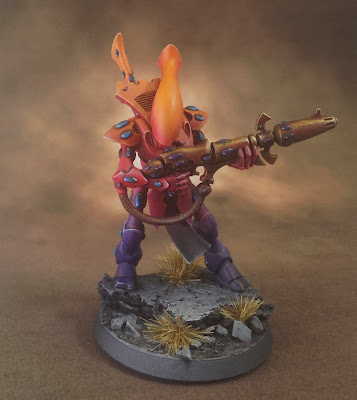 Here's wraithguard #1 of 5.  These guys are turning out to be a lot more work than I anticipated due to the obscene number of gems on their back, arms, legs, and guns. 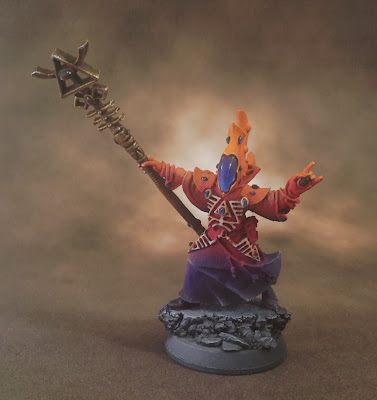 Spiritseer still WIP about 85% done.  Still need to detail all the strings and gems on his arms and back. 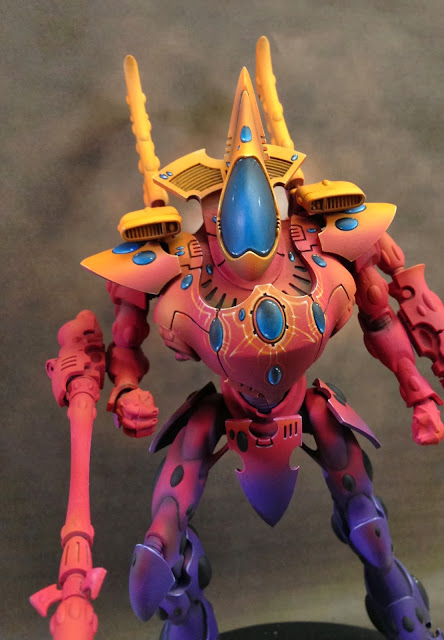 Whenever I finish one of the small infantry models, I do work on this guy or the wave serpents.  This week I added some freehand to his chest plate.  Legs have been shaded and highlighted with a black base coat added to those gems.  Arms are untouched so far.

Progress is slow and steady.  Our local monthly tournament is tomorrow so my next few posts will be battle reports again.  I'm going to put the army on hold for a week and make the terrain set I'm donating for the "Smoking Boots" prize as my next hobby project.
at 12:25 PM