Posted by hyv3mynd
Still chugging along painting 500pts of Dark Eldar for a winter painting league at one of the local shops.  I took a 3 week break from painting after the GT and I really started missing it.  It's becoming very zen to me; painting these little guys is great relaxation after a long day at work and working on the nursery for my son who will arrive in 8 weeks.

I'm still airbrushing a lot and enjoying it immensely.  I wish I would have experimented with it earlier as it would have saved me dozens of hours on my GK army.  This week will serve as a tutorial of sorts of how I've progressed on a venom. 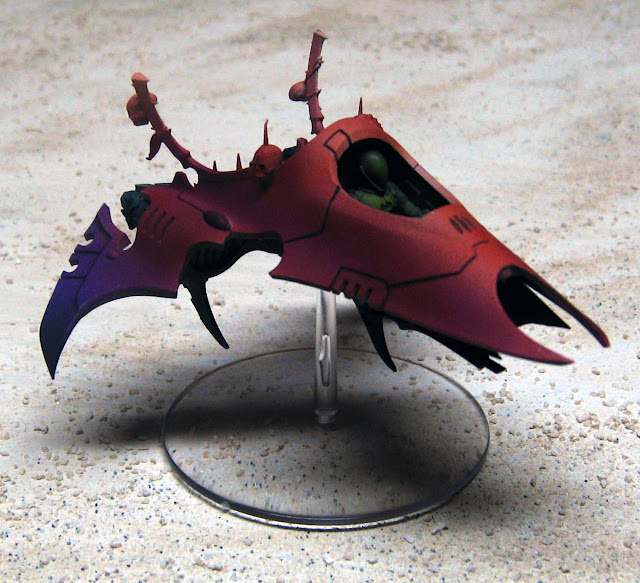 I started with Krylon White Primer which I'm using now as a cheap alternative to GW primers.  After that, I airbrushed a coat of Autumn Leaves (Folk Art) down the center.  I'm using a color scheme from a Dawn of War army I played online many years ago that I named "Twilight's Edge".  The colors reflect a late sunset with oranges, reds, purples, and the black of approaching night. 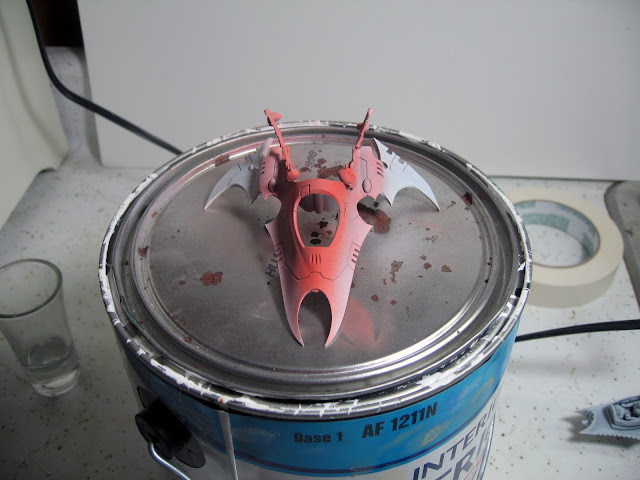 Next I did a coat of Barn Red blended against the orange. 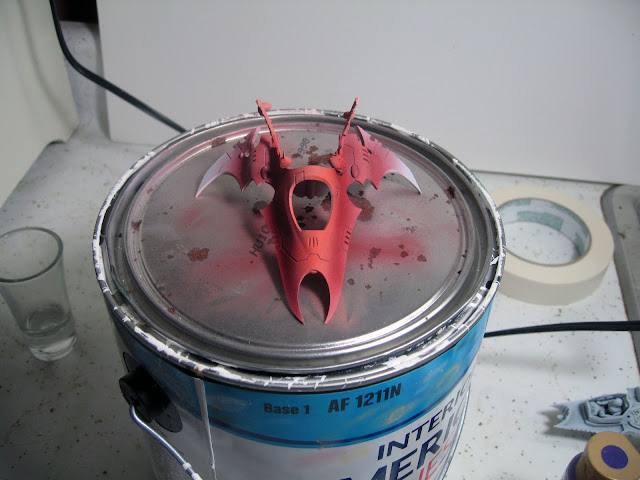 Then a coat of Violet Purple blended into the red. 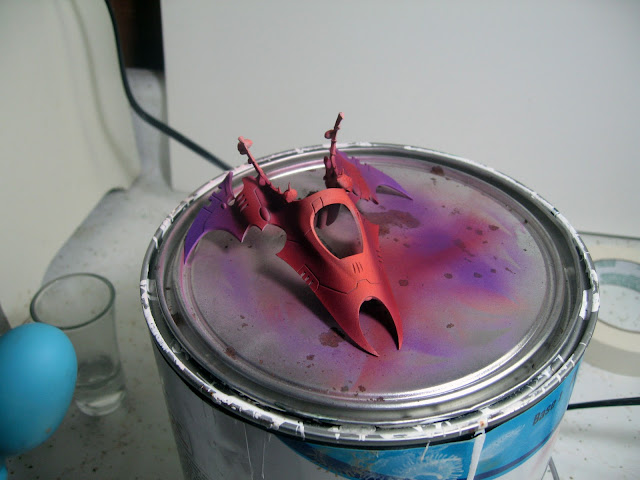 I finished up the top of the hull with black on the wing tips. 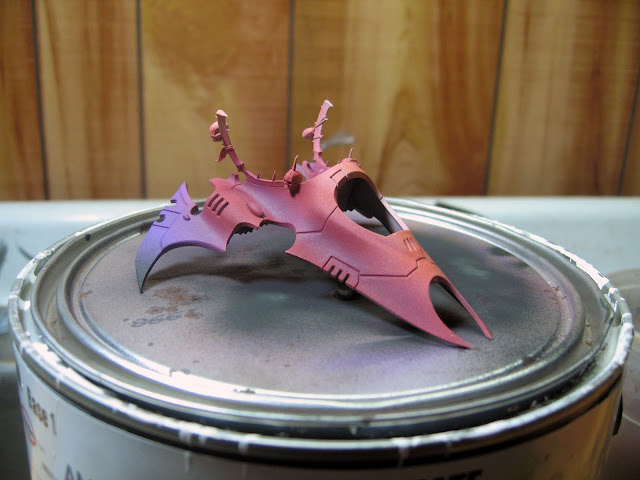 For the undercarriage, I painted the whole piece black then hit the front of the pilot with an Apple Green.  I want to create an OSL glow coming from his instrument panel onto his front side. 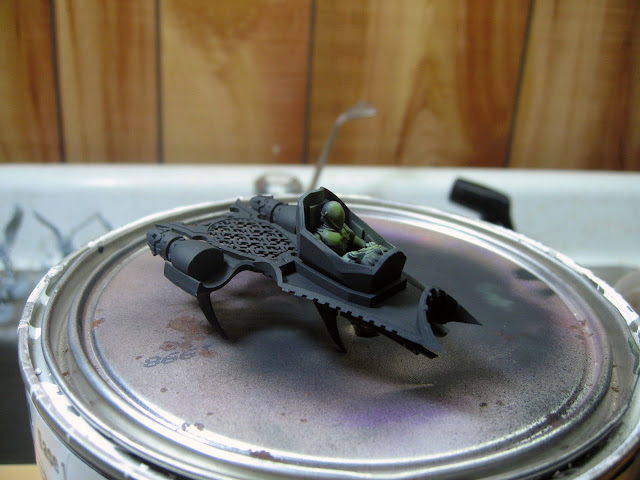 Then I used Medium Grey to bring up the black a bit on the grate, engines, and anti-grav ribbing. 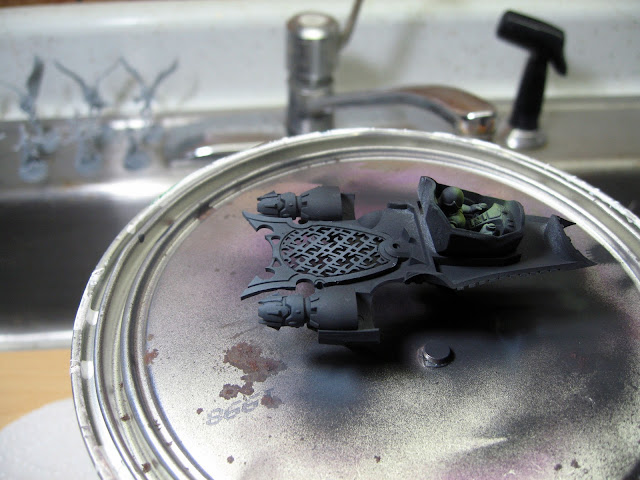 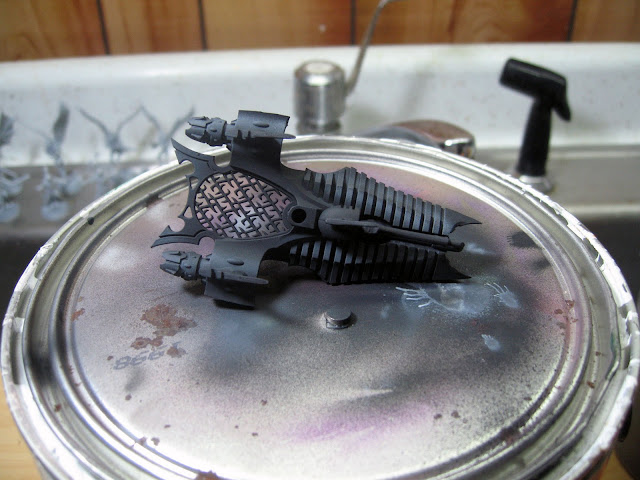 After that, I assembled the two halves and started black lining the panels by hand.  It's still a WIP, but I will be finishing the highlights and detailing by hand.  The benefits of airbrushing are immediately apparent.  Great blending effects and this whole process took only 90 minutes.

I also did a little work on my test grotesque, adding some tattoos.  I wanted to break up the fleshy areas a bit. 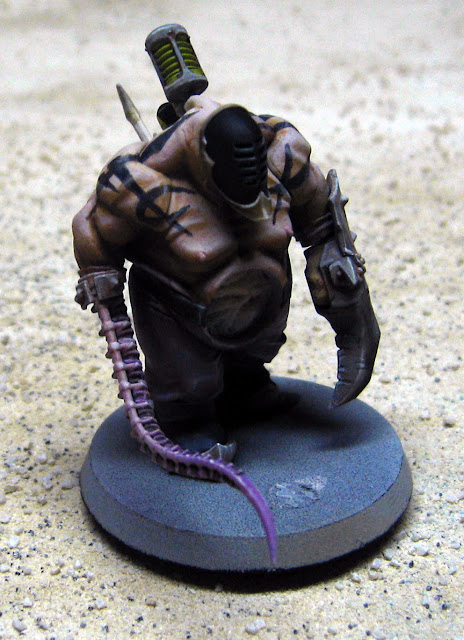 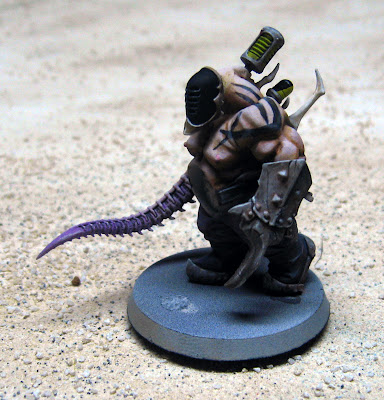 That's my progress for this week.  Two weeks left to finish the first 500pts so stay tuned for more progress pics.  More batreps from the GT will be on the way also.
at 7:52 AM