Posted by hyv3mynd
With the Millennium Invitational less than a week away, I really need to nail down my comp list.  There will be some painting scores as well so one of the limiting factors is my selection of painted models.  If any of my local readers want a game before Saturday 12/11, let me know and I'll throw it down for a test run. 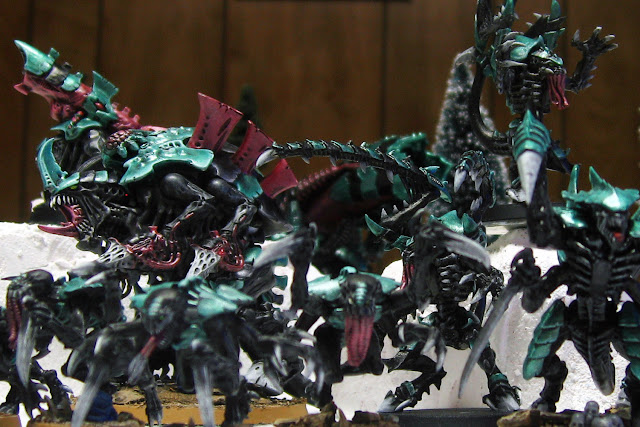 There it is hehe.  I'm not a huge fan of comp but around here's it's so much less drama if you just conform for the appropriate events.  It may appear to be a hodge podge, but here's my theory behind the list:

I'll play it like a battering ram as one solid force rushing mostly up the middle depending on deployment.  Genestealers lead the charge in cover as long as possible and with FnP if possible.  My opponent most likey shoots at them a lot.  20 bodies with cover and FnP last a long time... Hormagaunts won't be far behind genestealers and I hope to assault both by turn 2.  Hopefully turn 2-3 will see the arrival of lictors and or ymgarls which will strike at the heart of my opponent's deployment zone.  Assuming models from each large unit have survived into assault, that makes for 4 assault units stuck in drawing attention and fire and allowing my shooty units to bring the rain.  52 dakka dice, str10 rupture cannon, str8 impaler cannons, str6 brainleech worms, and str5 stingers and a biovore for infantry suppression.  The games will be book missions so 3 spore mines are included for DoW denial and compyness. 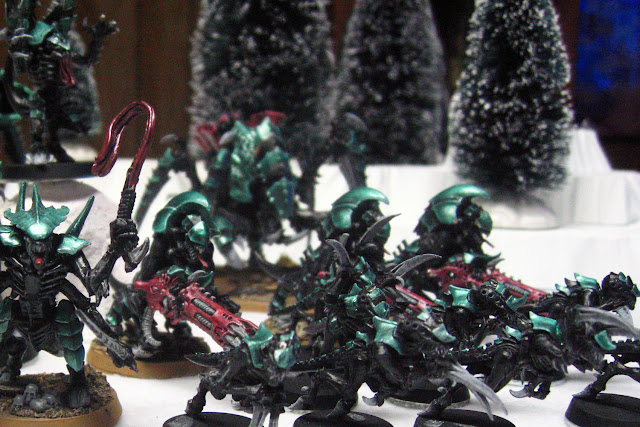