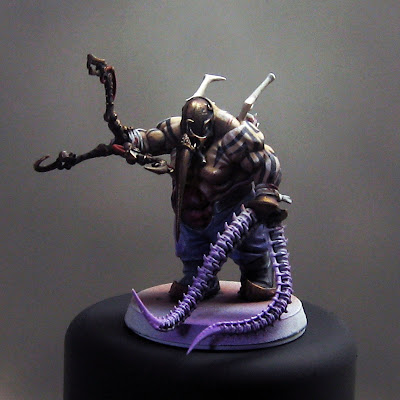 Not much to show this week except a small hobby project.  My 10 week old son has finally started sleeping through the night, so I've given up some hobby time to catch up on sleep.  After rushing to assemble and base coat the army for this month's tournament, I decided to treat myself to some alone time with a paintbrush and a character model. 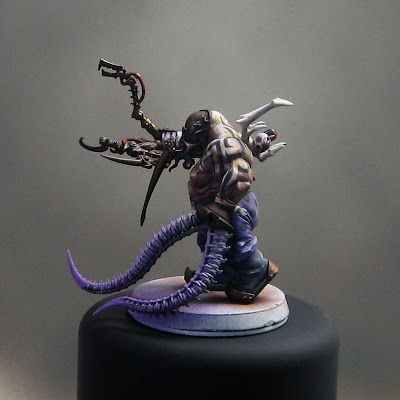 I wanted to make an aberration model to lead the grotesques with extra bulk and wargear upgrades.  He also has the proboscis head and double spines to give him a larger appearance.  He has mirrored tattoos on his arms and back as well has faded patterns in the fabric of his pants. 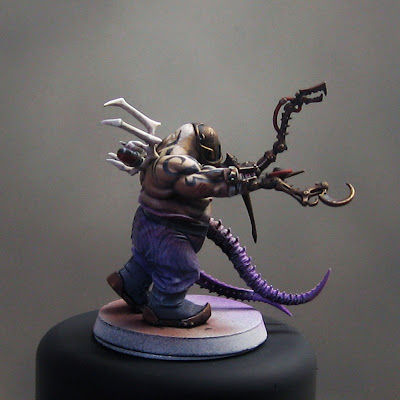 Anyways, that's all for now.  I gave this guy four days of my time so that's what I've been up to.  I may do bases or maybe play with some scourges next.  Tuesday is game night again so stay tuned for another batrep Weds or Thurs.
at 11:06 AM