This Week's Successes and Failures

Posted by hyv3mynd
I was able to get in some painting and games in this week, which was real nice.  I'm falling behind in the painting league so I hope I can finish the army by March for the final tournament.  Here's a haemonculi I've been finishing up. 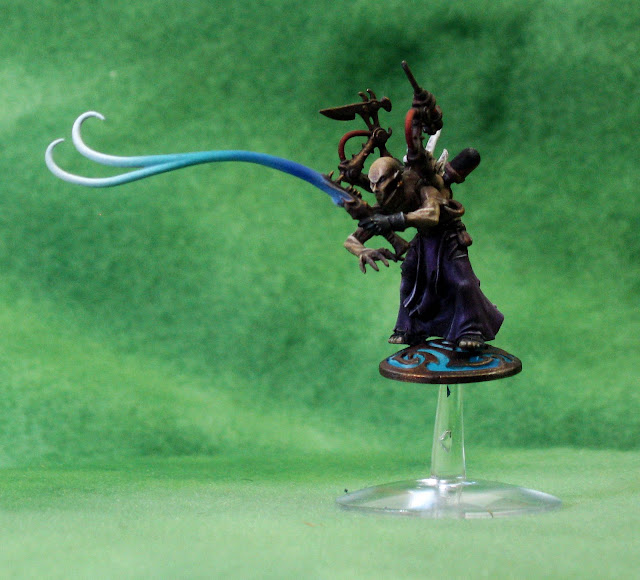 I was also able to work on my scratch built webway portals.  Here's one painted and mounted on a base.  Still trying to figure out if I wanna leave the ring bare or kitbash some bitz onto it.  I'm also struggling with a basing concept so speak up if you have any recommendations. 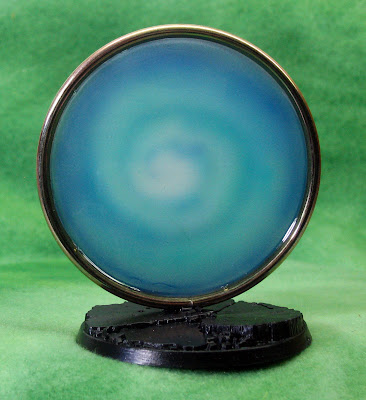 Here's a shot of the growing army in various stages of WIP.  If you look closely, you may notice slight differences in the schemes.  This is mostly because I find my final scheme often by trial and error.  My final scheme will be like the archon, trueborn, and talos.  I just haven't updated the grotesques yet. 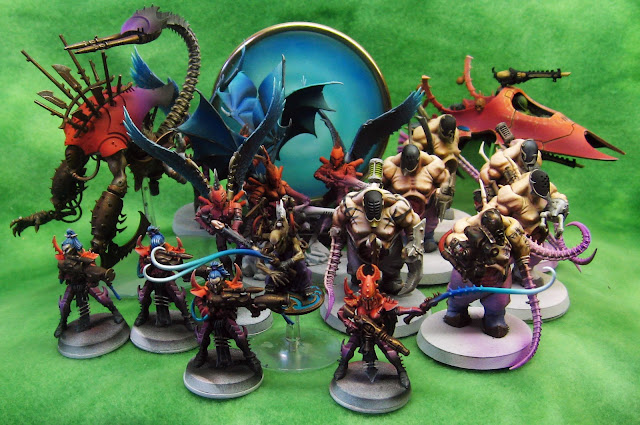 I also had the chance to play some 750pt games for the league this week.  Here's a shot against Trevor's wolves. 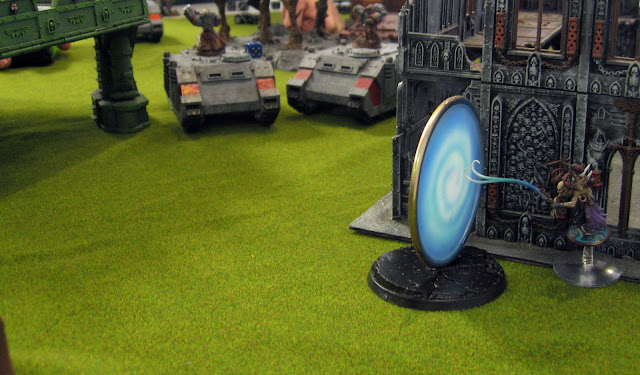 That poor haemi was so lonely while my grotesques and talos remained absent. 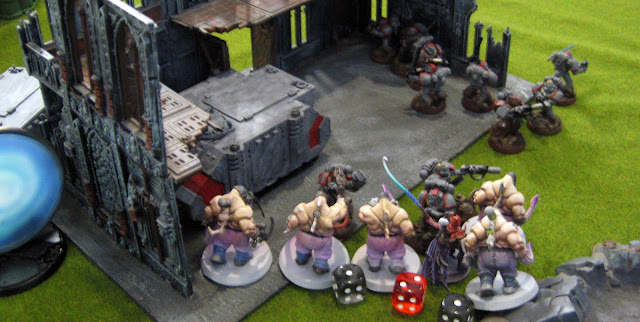 When my grotesques arrived, they smashed through 10 grey hunters, but I lost my haemi in the process.  I was able to survive the counter assault from another 10 grey hunters (with all the bells and whistles) until my talos arrived, killing all the grey hunters as my last grotesque fell.  The game ended on turn 5 with me down kill points 2-4 after I lost my trueborn to a tank shock and wracks to some unlucky cover saves.

Next I played Kevin and his new Eldar army. 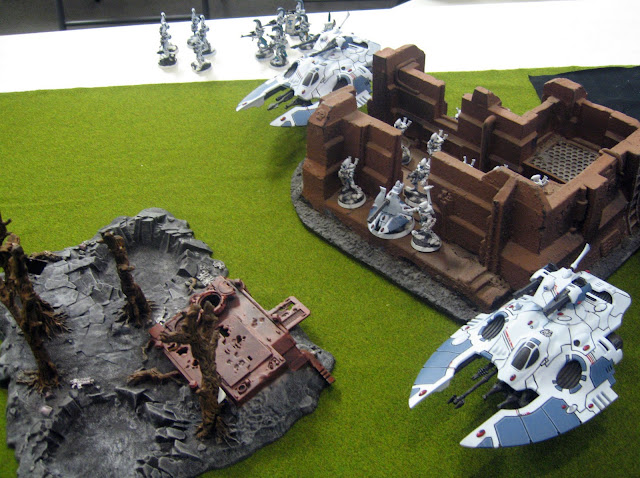 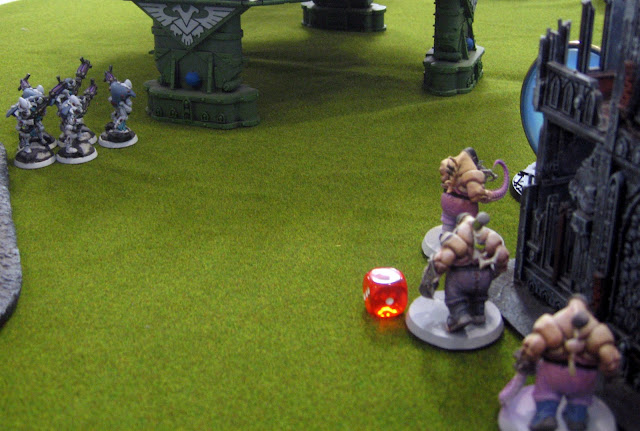 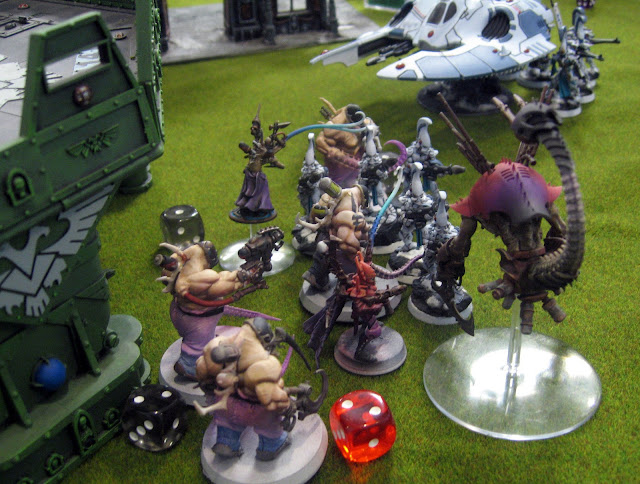 When all of my reserves arrived on turn four ( I had rolled 11 consecutive 2's for reserves), I quickly chewed through his units to his objective.  However, my 3 man wrack unit lost a single model to warp spider fire, failed their morale test, and ran off the board.  The game ends turn 6 on a draw.

So, after all my league games up to date and proxy tests at 2,000pts, my dark eldar are 0-7-1 haha.  I just was talking to Black Blow Fly about how reserve lists are unreliable and I experienced that this week.  The list is still very fun to play and I'm sure I will be able to master it by the time it's fully painted.  Until then, just enjoy the eye candy hehe.
at 10:16 PM