Posted by Calypso2ts
I had a chance to grab a copy of this month's white dwarf which features a Daemon Battle report in it.  Overall, it provided a good glimpse into some of the changes to the Daemon book.  The biggest one, which is something that I have generally negative feelings about is the loss of Daemonic Assault. 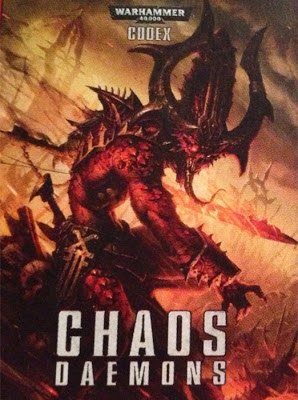 For the uninitiated, Daemonic Assault was basically a drop pod deployment for all Daemons - with a twist.  You chose your preferred wave and on a d6 result of 1 or 2 the other half came in turn 1.  The rest arrived via normal reserves.  This made Daemons a bit of a gambler's army - your deployment was the balancing of the Deep Strikes required to put you in position to take down your opponent.  If executed correctly, an opponent had a single turn with which to react to your assault units before they came crashing into their lines.

Other losses include the elimination of army wide Eternal Warrior and Fearless which is not unexpected.   The Daemonic Assault change is not unexpected either - there has been a push in 6th edition to eliminate Null Deployments.  What do these changes mean for Daemons?

Although the entire army is not compelled to Deep Strike, the White Dwarf suggests that all units can do so still.  This is backed with some army book screenshots for the new Plaguebearers and Plague Drones - more on those later - who both have the Deep Strike rule.  Although you cannot drop an assault unit in on Turn 1 within threatening distance - with a Comms Relay it is possible to put them there with high probability on Turn 2.  This does enable slower units or pure assault units to only suffer 1 turn of fire - like the previous Daemonic Assault - before reaching assault.  The crippling Turn 1 Alpha Strike now with Screamers, Flamers, Horrors and Soul Grinders though is not possible.  Overall though it was exciting, that is probably a good thing.

I am also interested to see if they change icons at all for Daemons - they are certainly not worth their cost now and that is for an army that has every unit Deep Strike.

On another note, Daemons are no longer forced into a potential Auto-Loss against Grey Knights with Warp Quake.  With a 24" range on most the GK army, even without Turn 1 it is likely that Daemons will get to pound down some good ranged shooting before the GK close to their killzone. 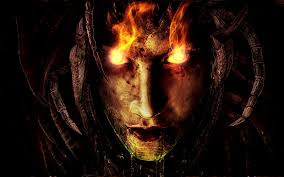 What it means to be a Daemon has changed drastically.  They are no longer Fearless and Eternal Warrior.  Instead it appears they have a rule similar to the 5th edition Fearless (and to Warhammer Fantasy).  Based on the Battle Report and the snapshots all Daemons have Daemonic Instability.  That is, they suffer some number of wounds based on how much they lose combat by.  I wonder if this applied to shooting as well?

Overall the only traits for being a Daemon now are causing Fear and having a 5++ Invulnerable save.  Further, each Daemon is marked with a type (Nurgle, Khorne, Slaanesh, Tzeetch) which somehow influences their behavior but at least clearly defines a Daemonette as a Daemon of Slaanesh.  Also note, that the statline I saw for Plaguebearers and Plague Drones had a leadership 7 - so Daemons are much more vulnerable to leadership based effects now 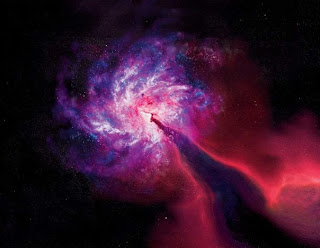 To replace the randomness eliminated from the change to their deployment, there is apparently a table to dictates the strength of the Warp Storm fueling the Daemons.  In the report they noted that a 10 added +1 to the invulnerable save of all Daemons on the field.  A double 1 was noted as being pretty terrible - maybe a leadership test with lost models based on how much they fail by?

It appears that Daemons are getting in on the psychic power fun.  The Daemon Prince in the report had cast Warp Speed - so access to Biomancy while a Tzeetch herald had Misfortune - Divinination.  This is interesting for two reasons - it provides a way to boost the shooting of Daemons and provides some better psychic defense and it provides a CSM army with access to Divination.

Each herald - other than Khorne can be a psyker with at least Mastery Level 1 and there are god specific psychic powers.  The Tzeetch Herald can be at least Mastery Level 2.  As before you can take 2 Heralds per HQ slot and they also have the chance to be a 'locus' which provides the unit they are joined to a random buff rolled from a god specific table.  Each table has 3 levels of powers to augment the unit. 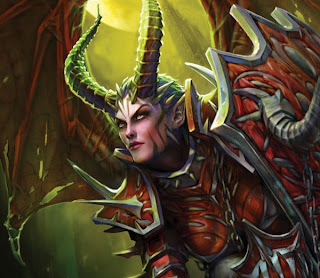 There is an interesting aside about the Greater Daemons that do not appear in the Battle Report.  Apparently they have stats to rival that of a Daemon Prince - which I believe is close to the CSM Daemon Prince.  Also, the Keeper of Secret has 6 base attacks according to the codex author Phil Kelly.

This appears to be the rule most relevant to the new Horrors.  Horrors now operate as a psyker with Mastery Level based on how many horrors are in the unit - maybe goodbye to 5 man Horror squads? - similar to the Warhammer Fantasy Battle mechanic.   I am unsure what other powers they do/do not have although they seem to have kept some kind of shooting attack.

The days of only two upgrades fro Grinders are over.  They can be dedicated to a god - which makes sense - and they have Skyfire which is awesome.  No word on their shooting attacks overall - but they keep Phlegm Bombardment which appears to be similar to the current version.  They also have an 'iron claw' upgrade, but it is unclear what its function is.

Unit Stats/Abilities
Here is what I can glean from the write up on the unit stats. 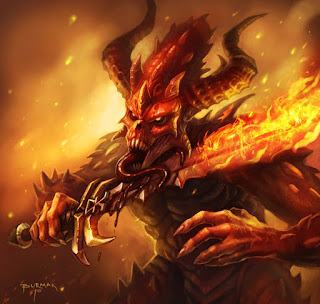 Beast of Nurgle - 3/0/4/5/4/2/d6+1/7, Beast (whoa fast now), Daemon of Nurgle, Daemonic Instability, Deep Strike, It Will Not Die, Poisoned (4+), Very Bulky
Attention Seeker
If a unit within 12" of the Beast of Nurgle is charged, the Beast of Nurgle may charge a unit that successfully charged this turn - cannot multiassault, cannot be joined by any IC's to use this ability
Slime Trail
Charges count as disordered against Beasts of Nurgle

Screamers - Reference to their ability to hurt a Land Raider - expect them to retain Armourbane.  They were taken out in a single assault phase by standard Terminators - losses appear to be two terminators (maximum) which means a much weaker unit.

Chaos Icons - May have other functioanlity, but currently also prevent Deep Strike scatter.

Instruments of Chaos - Phil Kelly references them in the context of Deep Strike Reserves - 'Sure, such tactics can be unreliable, but with Icons and Instruments of Chaos you can stack the odds in your favor'  Maybe the Instrument provides a reserve bonus of some sort to the unit bearing it or units of a similar god?

Portal Glyph - Warger, When placed a Daemon unit will emerge from it on a 4+.  5 strong Pink Horrors emerged in this game, may be tied to the dedication of the unit placing it.

Loci - Heralds can be upgraded to be a Locus for their god.  The powers I know of are Nurgle Heralds can grant units Feel No Pain (that means no more Feel No Pain baseline on plagues) and Tzeetch can provide +1 S on psychic powers.
at 6:00 AM