A couple of weeks ago the rumor mill was saying that the highly anticipated flyer release was imminent. While I’m always excited to see new minis hit the shelves, especially the long awaited Harpy, I’m pretty sure that the rumor of a flyer release has been around every month for the last few years. I wasn’t too disappointed when I saw that next month’s release would be Warriors of Chaos, but it got me thinking about some of the conversions that I’ve made for the Tyranid units that didn’t have an initial release. Here are some of my conversions. 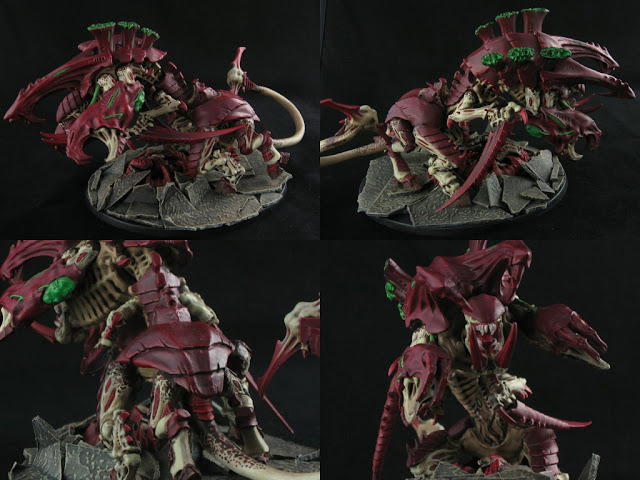 Before the most recent Tyranid codex hit the shelves, I was inspired by Armees De Gehenne2's Tyranids, and wanted to make a Carnifex that utilized the forgeworld crushing claws and thornback carapace. Combining the newest Carnifex kit with the previous one, I made this monstrosity. Luckily, I had this model ready when the newest codex came out and could use it as a counts as Tervigon. I initially saw it as a spawning ground protector (see the termagaunt spawning under it), which fit right in to its role as a Tervigon. 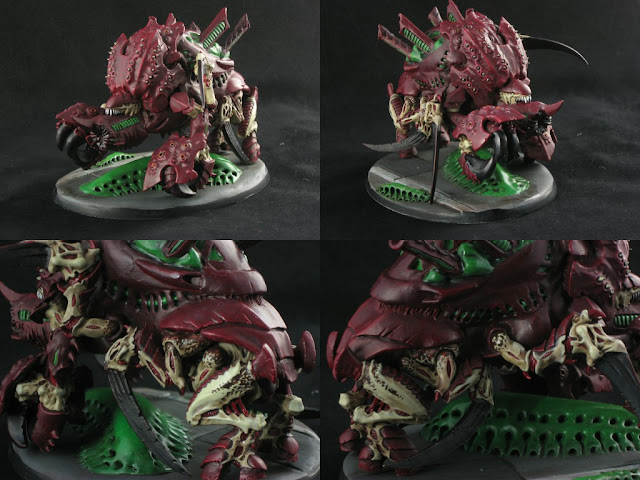 Here's the other model that the new plastic Tervigon/Tyrannofex made obsolete. Again, combining the 2 most recent Carnifex models, I came up with this beast. While it's pretty big, it's a small brick in my hands, the new Tyrannofex is Huge. There are two things that really like about this model: 1) the double-wide carapace above the head and 2) the crushing claws.

How about a few models that haven't been released? 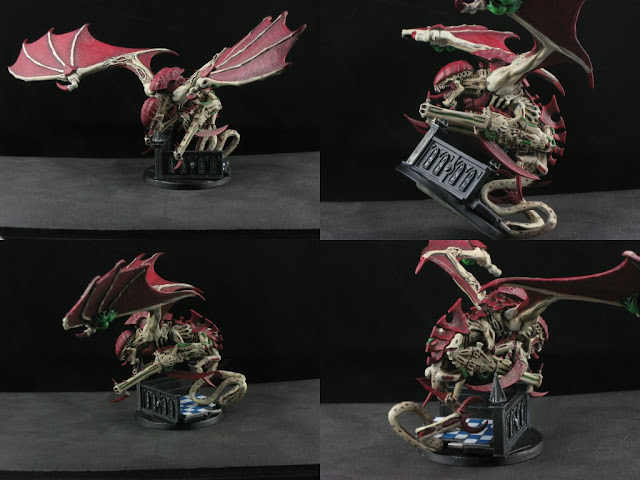 Here's my Harpy. My initial idea was to base the model off of the Red Terror and use the Balrog wings. It was one of those things where it seemed cool in my head, then didn't work out on paper. Have you seen a Red Terror in person? Kinda small. I ended up bisecting a Tyrant Guard body, and adding it to the Red Terror's body. Where I bisected the Guard body, I separated the model to make space for the wings. 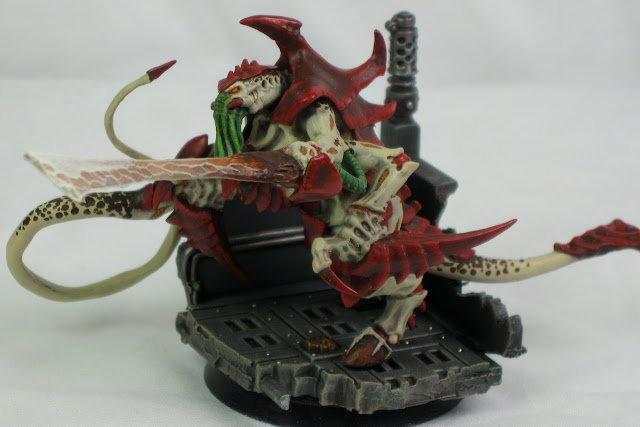 My Prime is a mash-up of just a few models. The Lictor head, Mawloc talons, various spiky bitz, and some greenstuff work on a Warrior body. Adding a few bitz here and there, along with the greenstuff makes the body a little more bulky, befitting the Prime. 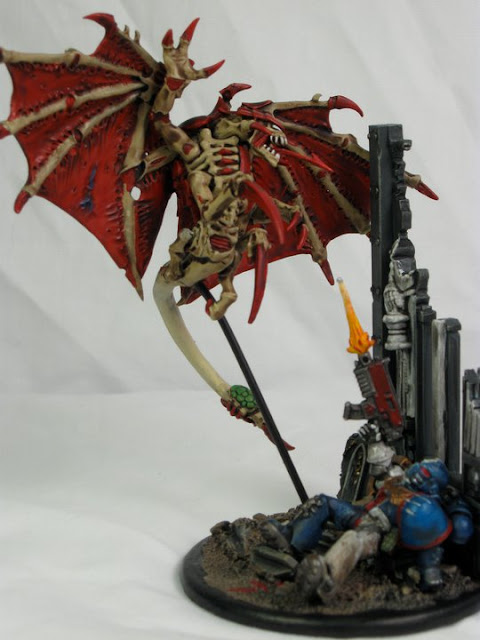 This Parasite conversion was pretty straightforward and easy to do. I used Deathleaper's body, the forgeworld Warrior wings, a Warrior's head, and Hormugaunt legs.

That's about it for my big Nid conversions. I'll end this post with a favorite Chaos Conversion on mine. I never liked the Defiler's box/body, so here's what I came up with. 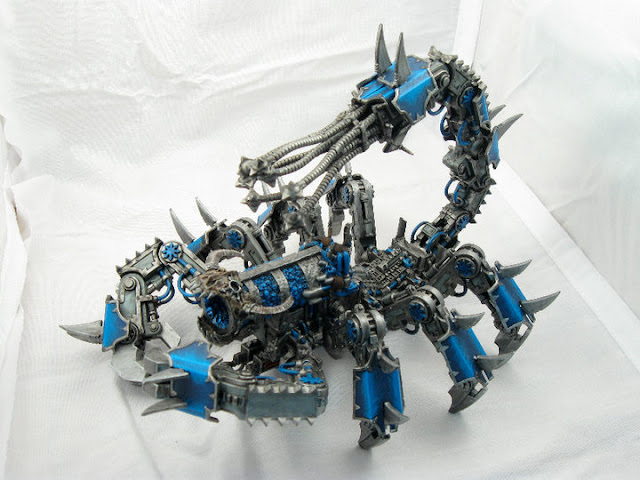