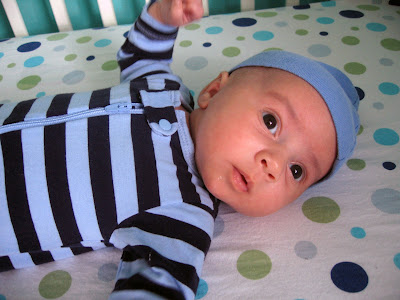 It's been a long time since I've had a chance to write.  I assure you, it's not because I have nothing to write about.  My stamina to paint for endless hours has run dry due to the sleep deprivation that everyone warned would accompany the arrival of our child.  With a major painting tournament just two weeks away, I've been spending my little waking free time painting.  I haven't played a full sized proper game in months so there's been little to write about or share my thoughts on other than hobby stuff.  The guy pictured above is my son Lucian, now seven weeks old, who keeps me from getting bored painting.  Now, on to the 40k stuff... 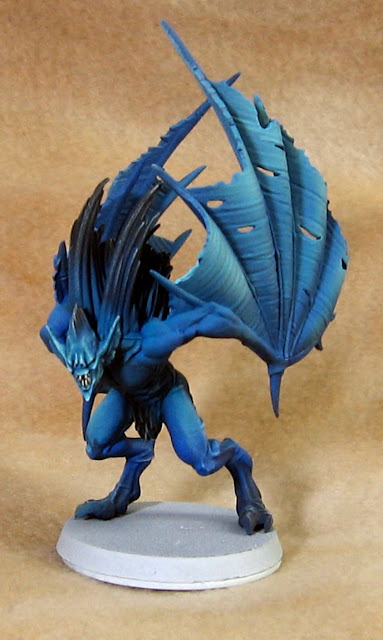 But wait, that's a fantasy vargheist.  Except I plan to use them as razorwing beasts in my dark eldar army.  The models are just so awesome I couldn't resist.  It's very large, but still suitable for representing a multi-wound/multi-attack model.  And no, I won't use it's size to claim cover in an advantageous way.  That's not the way this army will work. 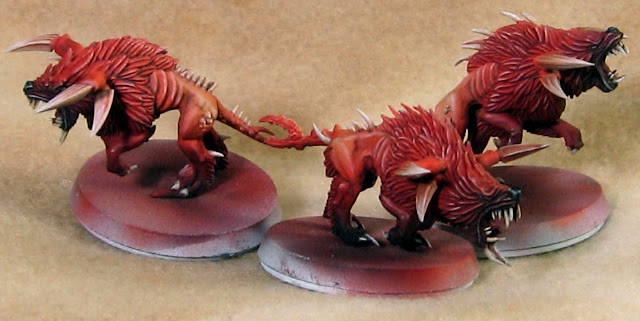 More fantasy models OMG.  These guys will be my khymerae.  Fantasy hounds of chaos with a couple tyranid bitz.  Much cheaper than the finecast crud.

Here are some wyches I've been working on also.  I tend to drift when I'm painting from unit to unit.  I'll paint one or three models from one unit then switch to another to see how they will all look together.  The army is very bright for dark eldar, but I'm really enjoying the final products.  For those who haven't been following since the conceptualization, the army will represent a troupe of traveling entertainers (evil circus) from the twilight kabals who steal entire stars and drag them into the webway, leaving entire systems to die in darkness.  The color scheme is supposed to represent "twilight's edge" and every color you could see in a fading sunset.

Here's a sampling of models from several units.

The army and bases probably won't be finished in two weeks, but I can at least get three colors on everything by then.  I'm starting to get inspired with basing schemes now that so many models are complete and I can analyze which colors would complement them the most.  The guys here are running a 2,000pt tourney in May with heavy comp and painting scores so I will adjust my goal to have the army complete by then.

Tell me what you think!  I won't have much time to write until after the March 10th tourney, but expect some colorful battle reports shortly after that.  Thanks for reading~
at 12:30 AM