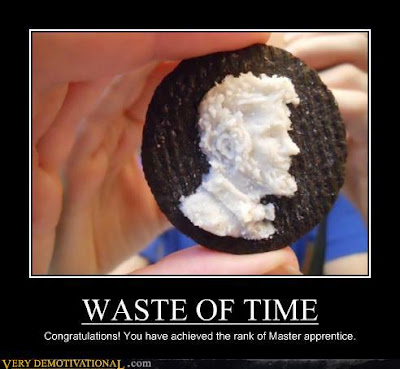 These days, the main reason I don't bring out the tyranids much is that they just don't look as good on the table as my other armies.  The second reason is the hard line GW took in denying them the perks of 6th edition found in allies and gun emplacements.  Last week, I took them to our local tournament and had a lot of fun with them, restoring a spark of interest.  Looking forward, I realistically won't be able to attend a tournament until mid April as I work in an industry that relies on Christmas, Valentine's Day, and Easter to carry us through the rest of the year.  That big chunk of time combined with my renewed drive to play with bugs, and a new Grex airbrush my amazing wife treated me to, has me really tempted to tackle my repaint project.

Another factor that has plagued my tyranid adventure is the local support of the "comp" camp.  DaBoyz rule the local scene and have been the pillar of pro-comp in America.  Recently though, they ran their annual GT without comp scoring.  In addition, the invitational tournament this month also featured forced-ranked comp scoring yet by my count, well over half of the players brought special/unique characters and more of those brought two than one.  All this leads me back to a mindset where I don't care about conforming to comp anymore.  Every time I've attempted to bring a compy list, I've wished I had brought something harder.  This time, I'm building something different.  It's time for the bugs to have some revenge!

A rough game last week against guard with hammer/anvil deployment, going second, and no night fight gave me a hard reality check about how 6th really is a shooting game.  The good thing about flyrants is if you go first, they can swoop right away and if you go second, you can pre-measure them into a safe corner.  Two of them shadowing each other with preferred enemy are guaranteed to cause mass damage, even mowing through low av transports via hull points.  The more you play with these guys, the more you realize they do best when they never even land.

The troop brick is pretty self explanatory, with larger units of gaunts to take advantage of the new fearless mechanics.  Four resilient scoring units with 62 total wounds, the ability to spawn two more, and three scoring heavies in BGNT will be a solid platform.

I decided to go with two tyrannofex instead of hive guard.  Again, this decision was made with the new deployment types and pre-measuring in mind.  The tyrants will quickly chew through low av vehicles, so I'm thinking I'd rather have a few str10 shots with more anti-infantry utility backed by a 2+ save to give me a shot against av14 and manticore-esque units.  Biovores are there to tackle the guard/cultist/gaunt hordes, forcibly disembarked units, and barrage snipe.  It really is a beautiful thing when you can force 3-4 saves on a special/heavy weapon carries.

The awesome thing about this list is I also have all the models save 2 biovores.  I just need to assemble another flyrant that I won early in the summer and finish my second tyrannofex conversion I started last year.  I really want to put full use to the new airbrush, which also means devising a new painting scheme.  My purple/white scheme only utilizes the airbrush on a small portion of the carapace so I want to try a new, third scheme that I can apply to the whole model.  I'm thinking something bright and red.

Stay tuned for a test model, probably the new plastic flyrant.  In the meantime, tell me what you think about the list.  There are a couple weaknesses I can imagine, but I want to get some other points of view.

I've been lax on my mandatory baby pics.  Gotta keep the wife happy to maintain what little hobby time I have left =) 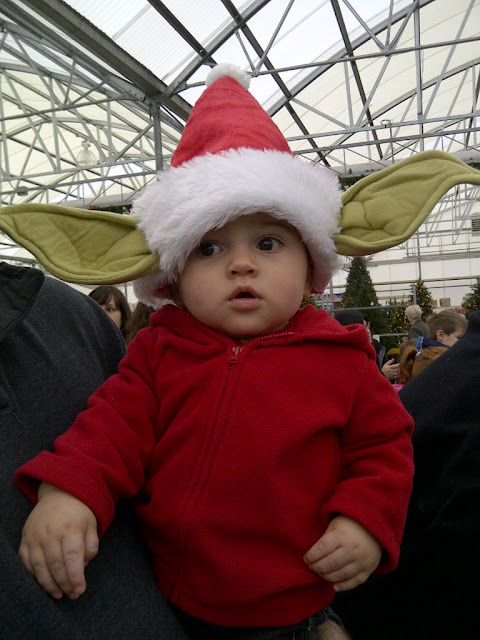